John-Ed McGee and Katie Feldman were two expat Texans living in New York City when they met in the fall of 2015. Katie had moved to the city from Austin shortly after graduating from the University of Texas. Two of her best friends happened to be dating two of John Ed’s best friends, and “they laid the groundwork for setting us up,” says Katie.

“We met in the wee hours of the morning while out with friends in New York,” says John Ed. “After convincing her to dance with me, I asked for her number and then promptly asked her on a date. Our first date was later that week; we hit it off and we ended up shutting the restaurant down. Four years later, here we are!”

Where they are is on their way to the altar. John Ed popped the question in June during a weekend getaway to Aspen. He had originally planned to propose at the end of a hike that would finish at the top of Aspen mountain, but his plan was thwarted by unseasonal snows. “He convinced me to go snowshoeing that morning, and when we stopped at what I thought was the meeting point for our tour, he proposed,” says Katie. “It was a total surprise. He hired a photographer to hide in the trees and capture the moment, and the snow made for some truly stunning photos.” The moment was made even more special by an impromptu musical accompaniment. As John Ed got down on one knee, a guitarist on hand for an upcoming wedding that was being set up nearby serenaded the couple with a private concert that was completely unplanned.

Katie had some ideas about what she wanted for an engagement ring – something vintage, with an older style cut – but it was John Ed who did the shopping, and he relied on Zadok Jewelers to help him finalize a ring design. “Katie gave me minimal and conflicting guidance through her sister and friends, so I definitely needed Jonathan and Segev’s help to decide on a ring,” says John Ed. “They were incredibly patient and showed me a variety of center stones before we ultimately settled on the right one.”

The right one was made up of a classic round-brilliant center diamond surrounded by old-mine cut baguette diamonds on a thin platinum band, the perfect mix of old and new. “John Ed did all the ring shopping in secret, and his proposal was the best surprise,” says Katie.

The wedding is scheduled for June 6, 2020, at Preston Hollow Presbyterian Church in Dallas, with a reception to follow at Brook Hollow Country Club. “One year from the weekend we got engaged!” says Katie, who says that aside from their wedding rings, she is hoping to wear some beautiful, borrowed jewels on our wedding day, while John Ed will wear his favorite TAG Heuer watch, purchased from Zadok’s Jewelers by his parents as a college graduation gift. 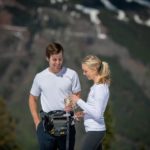 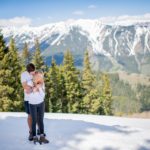 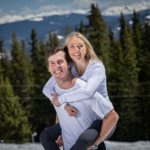