Every second counts when you’re making history. Among world leaders a good timepiece has always been an essential daily carry. Members of European royal families were early customers of watch and clock makers. British Prime Minister Winston Churchill was famous for his ever-present pocket watch, and Presidents of the United States have relied on some interesting timepieces over the years.

One of Breguet’s most important clients was the Bonaparte family, including Caroline Murat, the Queen of Naples, the youngest sister of Napoleon 1. She purchased some 34 watches and clocks from Breguet starting in 1805, including the first wristwatch in history. It was a quarter repeater with a thermometer, made in an oblong shaped case. Today, one of Breguet’s most successful collections, the Reine de Naples, commemorates this historic timepiece. 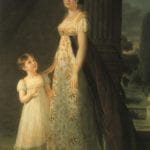 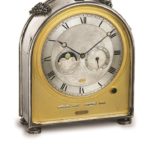 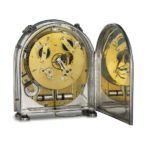 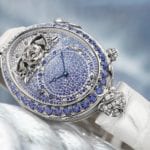 British Prime Minister Winston Churchill also owned a Breguet. The pocket watch, a minute repeater chronograph with an enamel dial, was passed down from his grandfather, the 7th Duke of Marlborough, who bought it in 1890. Sir Winston considered it to be one of his most prized possessions, and it can be seen in several war-time photographs of him. 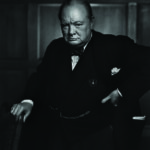 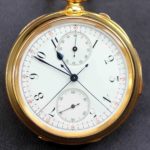 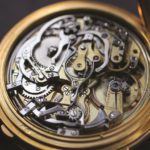 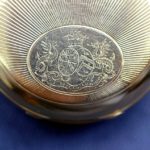 George Washington, the first President of the United States, owned several pocket watches, among which was a prized pocket watch made by 18th-century Paris watchmaker Jean-Antoine Lépine. It was purchased on Washington’s behalf by Thomas Jefferson while he was in France on a business trip.

Abraham Lincoln’s English-made gold watch was purchased in the 1850s from Springfield, Illinois, jeweler George Chatterton, whose name appears on the dial. According to the Smithsonian Institution, which houses the watch, the movement was made in Liverpool, where there was a large watch industry at the time, and an unidentified American shop made the 18k gold case. The Lincoln watch has one of the best grade movements made in England and was said to keep time to within a few seconds a day. 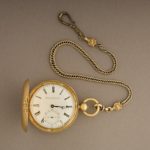 The watch is notable for its very odd inscription on the movement plate. While a watchmaker Jonathan Dillon was servicing the watch, news reached Washington that Confederate forces had fired on Fort Sumter, on April 12, 1861. Caught up in the moment, Dillon engraved — or scratched might be a better word — the following inscription on the mainplate: “April 13, 1861 Fort Sumpter was attacked by the rebels on the above date. J Dillon April 13, 1861 Washington.” He added: “Thank God we have a government Jonth Dillon.” In 1864 a second watchmaker, L. E. Gross, also signed his name to the mainplate. And at some point, someone etched “Jeff Davis” onto the movement’s balance cock, either as a joke or a statement of support for the Confederacy. (Jefferson Davis was the only President of the Confederate States of America, from 1861 to 1865.) Lincoln never knew about the secret messages he carried in his watch. The inscription remained hidden behind the dial for over a century, when it was discovered by the Smithsonian Institution.

Harry Truman, an avid collector, wore a Vacheron Constantin Chronomètre Royal reference 6108, and a gold Heuer Chronograph. Eisenhower also wore a Vacheron Constantin. While at the 1955 Geneva Summit, a group of Swiss civilians gave personalized Vacheron watches to the world leader attendees. There was a note included, reading: “These watches must have good influence on yourself, your country and the peace in the world.” Presidents weren’t the only historic figures attracted to Vacheron Constantin. It has long been one of the most preferred watches of elite collectors. Automobile manufacturer James Ward Packard was one of the most discerning collectors of the early 20th century. He commissioned a watch from Vacheron in 1918 with a customized combination of complications, including an hours, quarters, and half-quarters repeater with petite and grande sonnerie in addition to the 30-minute counter chronograph. It had a guilloched cover with the monogram “J.W.P.”, finely engraved in blue two-tone champlevé enamel with Art Deco guilloché. It was auctioned in New York in June 2011 for $1.8 million.

Lyndon B. Johnson owned a LeCoultre Memovox World time with the Presidential seal on the caseback. The watch is signed LeCoultre rather than Jaeger-LeCoultre, as it was made for the American market. 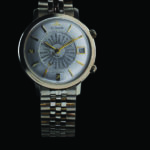 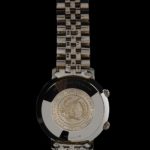 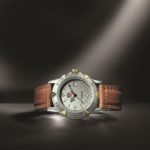 Six Presidents wore a Corum Double Eagle Coin watch: Lyndon Johnson, Richard Nixon (whose Secretary of State, Henry Kissinger also wore one), George W. Bush, Jimmy Carter, Bill Clinton, and Ronald Reagan, who was photographed wearing one on the cover of Time in 1981. The watch was made from a split-in-half $20 gold coin, referred to as a Double Eagle. The original designation for gold coinage in the U.S. was Eagle ($10, half ounce), Half Eagle ($5, quarter ounce) and Quarter Eagle ($2.50, one eighth ounce). In 1849 the Double Eagle was created, so-called because it was worth $20, twice what the Eagle was worth. The coin remained legal currency for more than 80 years, and is now a collector’s piece. To make the watch, Corum cut the coin in two along its edge. One half formed the dial of the watch, protected by a sapphire crystal, and the other half was the back. In between was an ultra-slim movement. A solid 18k gold ring, with a ridged coin edge, of course, served as the caseband. The model was initially advertised with the tag line: “Time is money.”